Misinformation runs rampant in our society, and we need to Do Something about it. Here are some practical actions you can take today to help, including sending a printable postcard. This is the second installment in the Do Something Series.
Jump to Actions

Over the last three or four months, the following spectacular exhibits of misinformation appeared in my newsfeed:

Do the math on the first one. For the US alone, that would require over 8 million fetuses for the doses administered thus far, and we’ve only reached 57% for full vaccination as of this writing (source: Our World in Data). There’s been 6.54 billion doses administered worldwide, and there’s not a single aborted fetus to be found in any of them.

Examples promoted by the most-watched news network in the US

Now that example is extreme (and laughable because of it), but the others have disseminated much more widely, and the last three have been widely touted by hosts on the most watched news network in the US. (Here’s study on Fox’s vaccine misinformation—note that Media Matters is a partisan organization, but the study has verifiable statistics. Fox has also been sued for billions by voting machine manufacturers Dominion and Smartmatic). This doesn’t even go into the rise of OAN as a fount of conspiracy theories. Or the My Pillow Guy.

This misinformation has led to people refusing a safe and effective vaccine and instead dying from a terrible disease as well an attempted insurrection that threatened our democracy (and the aftermath continues to do so and has led to attacks on voting rights, with bills being introduced in 49 states, passing in 18).

The plague of misinformation does not just affect the right (I remember a lot of RT—Russia Today—articles encouraging leftists to not vote for Hillary in 2016 popping up in my feed), but it is certainly far more pronounced there. And this isn’t confined to the US, either.

Facebook is a major source of misinformation, allowing conspiracies that might have remained confined to small groups of people to proliferate exponentially. And, in testimony given last week in Congress by Frances Haugen, we learned that they have made decisions to profit from misinformation.

We humans are infuriating. Even when presented with demonstrable proof that our ideas our wrong, it takes a huge amount of effort for us to abandon false beliefs, and the presentation of evidence can even cause us to double down on our false beliefs. The Oatmeal has a perfect explanation of this phenomenon.

The way we present information can also make it worse. Angry that our low vaccination rates caused a resurgence in the pandemic this summer, I set about to try and persuade the handful of my Facebook friends that they were wrong. I tried to rein it in and simply present facts, but it didn’t work, and I actually had to apologize to one of them, because I let my anger get the best of me.

There are better ways to do this, and I need to improve.

John Oliver and me

I’m going to take it as a good sign that the first two issues that I’ve chosen to focus on as part of this twelve months to Do Something about important issues have been covered by John Oliver, voting rights last month, and misinformation this past Sunday. Oliver’s misinformation segment focused on its spread on platforms used by non-English speaking people. His suggested WhatsApp video messages are hilarious.

Let’s Do Something About Misinformation

Senators and your Representative

Call your US Representative and Senators and tell them to act on what they are learning about Facebook. The whistleblower’s testimony has sparked outrage on both sides of the aisle for different reasons, and we might just have a bipartisan chance to do something about Facebook’s bad acts.

Call your state’s Attorney General as well to express concern. There are some interesting things happening on Facebook, especially with protecting youth, at the state level.

A friend of mine suggested postcards, so I’m going to suggest that, too. I think it’s a fabulous idea. I made a little printable postcard you can use. You can use it for this issue (write “about Misinformation” in the space below) and other issues.

I have a book for you (not an affiliate link): Thinking Fast and Slow, by Daniel Kahneman, a Nobel Prize winning economist. This is a readable examination of rational thinking and decision making, and the very human mistakes we make in our thinking. A note that he worked for the Israeli army for a time, and he writes about it in this book. If we considered things more (and learned more about statistics—this is something I need to do), we could avoid some of the pratfalls of misinformation.

We are not good at changing our minds, and it’s harder if we’re made to feel defensive. There’s a lot of research out there on how to talk with people more effectively. It starts with empathy. I really need to work on this and welcome any suggestions.

As a middle-aged person with far-flung family and friends who lives alone during a pandemic, I am an avid Facebook user. I’m working on my phone addiction, but it’s not exactly a smashing success. Many of the (not many) readers of this blogging concern come over from Facebook and Instagram, which is owned by Facebook.

Quite honestly, I don’t see myself stopping. But I need to do some thinking about my relationship with social media. I imagine you might, too.

What are your thoughts on how to counter misinformation? Have you tried something that works? Have a suggestion? Please let me know in the comments! If we work together, we can Do Something to help.

Do Something is a monthly series. Check out the rest of the series, and let me know if there’s an issue we should cover here. 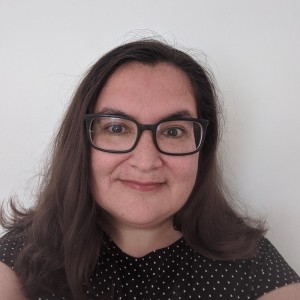 Do Something Check-in: Voting Rights Actions

Do Something About Voting Rights

Do Something Today to Help LGBTQ+ Kids